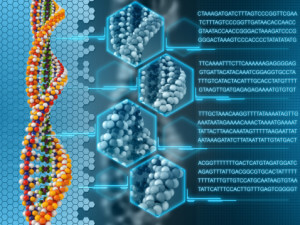 Human motor control is a complex system. One concept of  motor control is constraint, which is influenced by the person’s physical characteristics such as height, weight, and body shape, but also includes the cognitive, psychological, and emotional attributes of the individual (Clark, 1995). I believe that physical activity is related to skillfulness. I also agree that genetics plays a huge role on physical activity.

When someone is gifted genetically, they tend to be more physically active. The human genome is assumed to have been subject to strong selective pressures in different geographical areas during various periods of history (Djavora et al., 2010). The impact of these selective conditions favored reproductive fitness. This should be considered with regard to the spread of mutations that promoted the function of genes responsible for physical performance and efficient energy extraction and utilization during migrations of the tribes (Bertelli et al., 2008). Recent publications provided a substantial body of evidence regarding the association of ACTN3 with athletic performance and certain physical characteristics which could be relevant for talent selection and for profiling the abilities of athletes to respond training and to improve trainability (MacArthur and North, 2007; Norman et al., 2009; Gomez-Gallego et al., 2008; Yang et al., 2003).

It is commonly believed that successful power athletes possess a relatively large percentage of fast-twitch fibers. Some elite athletes, such as Usain Bolt, seem like they have it all to allow them to run so fast. Jon Entiene in his recent book “Taboo: Why Black Athletes Dominate Sports and Why We’re Afraid to Talk About It,” presents the conclusions of a plethora of scientists who confirm the superiority of the African athletes’ genetic makeup.

I believe that skill learning and development work together. They are shaped based upon the genetics, training, experience, and environment. As a former athlete myself, I started playing table tennis when I was 5 years old, then I wanted to learn how to play tennis. The transition from table tennis to tennis was very easy for me. I started serving properly and hitting the tennis ball after several times trying to play. I believe this happened because I already had a similar experience, the required type of musculature and instinct motivation to play tennis.