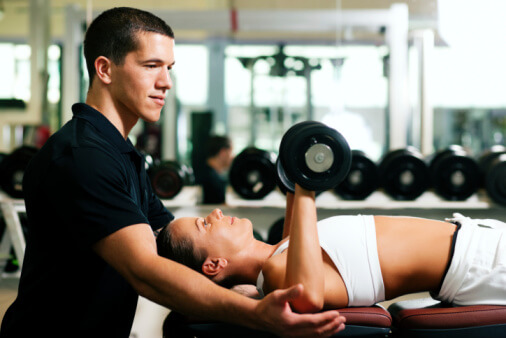 Many exercisers who are pressed for time may want to execute both strength and cardiorespiratory workouts in the same period or within a few hours of each other. But some researches have indicated that strength benefits may be affected when strength and cardiorespiratory exercising are performed concurrently. This has been referred to as the “interference phenomenon” (Docherty & Sporer, 2000). Several hypotheses have attempted to describe this phenomenon. One hypothesis indicates that increases in blood cortisol during endurance exercise increase protein catabolism, leading to the breakdown of muscle. The subject of concurrent training as it relates to cortisol levels is consistently mentioned and discussed by many fitness professionals.

During exercise, regardless of whether it is strength or cardiorespiratory training, cortisol is released in proportion to the intensity of the effort. Thus even during strength training, cortisol is released—and in greater quantities than during cardiorespiratory exercise (Docherty & Sporer, 2000). With increases in exercise intensity, some hormones (e.g., cortisol, glucagon, adrenaline, noradrenaline and growth hormone) increase, and the concentration of other hormones in the blood (e.g., insulin) decreases (Docherty & Sporer, 2000).

During prolonged cardiorespiratory exercise, cortisol clearly functions to preserve body carbohydrate stores. Cortisol increases alternate fuels for muscle, such as fatty acids and amino acids (from muscle amino acid stores and protein catabolism); impairs glucose entry into skeletal muscle; and supplies the fuels (amino acids) for the liver to increase glucose production (Docherty & Sporer, 2000). All these functions are increased when the body’s carbohydrate store is low, such as when blood glucose falls. Thus, during prolonged cardiorespiratory exercise, the muscle catabolic effects of cortisol can be diminished simply by maintaining blood glucose through the ingestion of carbohydrate. When cardiorespiratory exercise is performed for shorter durations that do not critically lower muscle or liver glycogen (less than 45 minutes), the exercise-induced cortisol release will most likely be irrelevant to muscle protein balance (Docherty & Sporer, 2000). Also, the theoretical metabolic effects of these increases in cortisol may be overcome by simultaneous increases in growth hormone, testosterone and muscle-specific somatomedins (Docherty & Sporer, 2000). The net result is the preservation of muscle mass.

Docherty, D., & Sporer, B. (2000). A proposed model for examining the interference phenomenon between concurrent aerobic and strength training. Sports Medicine, 30(6), 385–94.