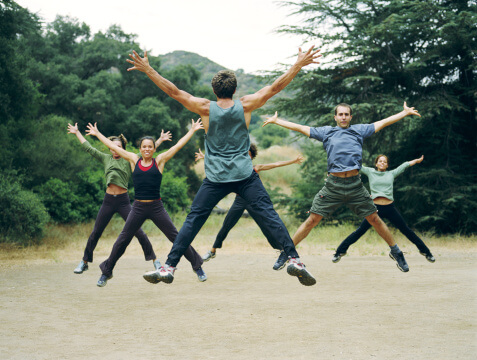 The fitness industry is seeing an increase of interest in high-intensity interval training (HIIT), a burst-and-recover cycle that can offer a viable alternative to continuous aerobic exercise.

HIIT, which couples fast bouts of high-energy exercise with low-effort rest intervals, is not exactly a new idea. As early as 1912, the Finnish Olympic long-distance runner Hannes Kolehmainen was using interval training in his workouts (Billat, 2001). As our knowledge of HIIT has increased, exercise scientists have demonstrated that HIIT can

The standard way to improve cardiovascular fitness is to increase the volume of exercise—for example, with longer runs or bike rides, or more time on an aerobic machine. HIIT is intriguing because, according to current research, it can yield a broad range of physiological gains, often in less time than high-volume continuous exercise (Daussin et al., 2008).

Recent research shows that the cardiovascular adaptations that occur with HIIT are similar, and in some cases superior, to those that occur with continuous endurance training (Helgerud et al., 2007). Helgerud et al. (2007) showed that four repetitions of four minute runs at 90%–95% of heart rate maximum (HRmax) followed by three minutes of active recovery at 70% HRmax performed three days per week for eight weeks resulted in a 10% greater improvement in stroke volume than did long, slow distance training three days per week for eight weeks (total oxygen consumption was similar in both protocols).